It was another great year of photographic explorations with our YPA family.

While I was attending the annual Young Photographers Alliance Mentoring Exhibit and Reception three years ago, the NYC Photo Walkabout was born. Every winter YPA has its big exhibit featuring the results of their previous summer’s mentorship program. This is at the heart of YPA’s mission – to pair emerging, young photographers with experienced Pro’s. The participants/mentees are pushed beyond their comfort zone and familiarity as they are guided by mentors to create a new body of work around a central theme – that theme is used by all YPA “teams” around the country and world (e.g., Beijing, Bangkok, Glasgow, London and Toronto). A particular city could have one to four Mentors with about three to eight mentees. Some themes from the past have included: Escape; Hometown; and, Answering Adversity. The most recent 2015 Exhibit (for the 2014 program) was based around the theme of Boundaries.

At the exhibit three years ago, I was speaking with an intrepid and talented young photographer who was in from London. When I found out she was here for a week I asked her: “What else is planned for you during the week that you’re here?” She said, “Nothing.” I told her, “Well, that’s not going to happen again!” And, immediately hatched the plan for creating a walking tour of the NYC photo world geared toward these mostly out-of-town mentees. It seemed a perfect opportunity to offer emerging photographers a taste of the NYC photo world.

And, so it began.

This year was the third year that I raised the banner in the name of ASMPNY (being Membership Chair for the Chapter), leading YPA mentees around town and joined by some of their eager mentors, as well. Frank Rocco, President of ASMPNY, has joined in and supported my Quixotic adventures every year from the beginning, along with Michael Weschler’s support getting things off the ground (a YPA mentor himself), plus YPA’s Deborah Free cheerleading all the way.

Our group consisted of the Toronto team, along with mentees from Los Angeles, Boston, Pittsburgh and Portland, Oregon. This year’s NYC Photo Walkabout started at one of my favorite photographic establishments in the city – the Howard Greenberg Gallery on East 57th Street. We saw their three current photo exhibits – contemporary nightlife work to classic Brassai. Nancy Liebermen, one of Greenberg’s Gallery Directors, gave us a talk about their scope and mission; she also shared some of her thoughts on photographers approaching galleries. 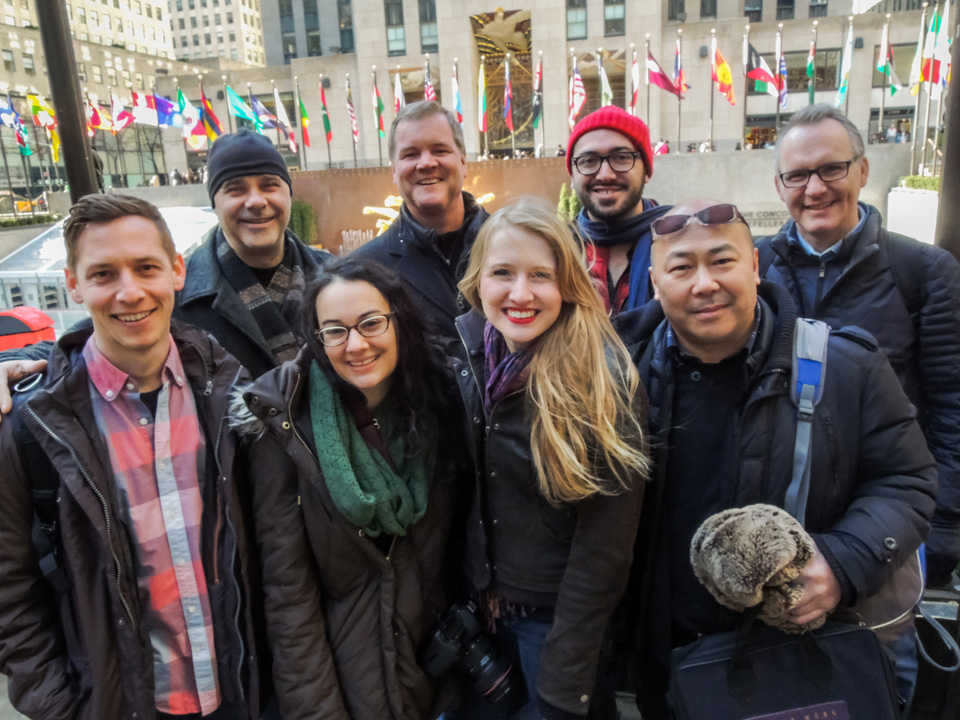 Heading south from the Howard Greenberg Gallery we had a fun touristy interval. We walked down the heart of 5th Avenue, passing St. Pat’s Cathedral and all of 5th Avenues’ commercial glory, complete with a quick yet necessary pit stop at Rockefeller Center!

Our next stop: the Main Branch of the NYC Library at 42nd Street and 5th Avenue. Their current exhibit is an amazing five-course meal in photographic history: 175 Years of Sharing Photography (1839 to the present day). It was also fun to see a couple of photographs by Amy Arbus who had just participated as a reviewer in ASMPNY’s last Fine Art Portfolio Review. 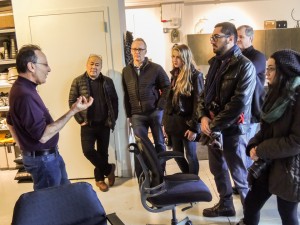 We then headed west into the far reaches of the Garment District and David Arky’s photography studio. On the way, we stopped in front of the New York Times building for the perfect photo opp!

David Arky spoke about his still life work and the in’s and out’s of running a studio. Some of the mentors in the group were already big David Arky fans, so they naturally (and energetically!) peppered him with questions about his work. This opened up a great dialogue for us to get a good glimpse of Arky’s photo world.

We followed with a quick visit to CSI Rentals on West 19th Street – where you can rent all the gear you need for any shoot. (note: CSI offers ASMP members a 30% discount off all rentals. Disclaimer: I use them all the time!) While there isn’t much to ‘tour’, except shelves and shelves of gear, I had thought the mentees would find value in just having the experience of stepping into a rental house. If they could also pickup a few pointers on how best work with a rental house, I thought it would be time well spent. Frankie Galland of CSI took the mentees under his wing and spun a couple of good rental tales. 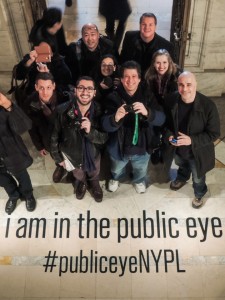 Aperture Foundation in Chelsea’s gallery district was our next stop. It’s another classic institution in the photo world. They’ve been in existence for over 50 years and had a fascinating exhibit on the history of the Chinese photo book. That, along with their fun photo bookstore (which is always a nice treat to browse and buy) rounded out our visit.

Finally, and as always, we ended up a few blocks south on 23rd & 10th for a visit to the Half King Bar & Restaurant, a very photographer-friendly establishment. A few beers and appetizers brought the whole thing to a relaxing close. We were all exhausted from our marathon romp through NYC but the Half King soothed our sore muscles as the conversation continued into the night.

Since that day, one week later, I saw an article that was trending on buzzfeed. I was quite happy and proud to see it was work of YPA mentee, Allaire Bartel, that had been featured at the YPA “Boundaries” Exhibit and who joined us at the end of our photo walkabout! Her work depicts the realities of male aggression and sexual harassment that women experience every day. It is being noted for it’s sheer bluntness. It is a joy to see the YPA program working so well and so immediately – feeding into the larger cultural conversation and supporting talented young photographers in getting their work out into the world!

It was another great year of photographic explorations with our YPA family. 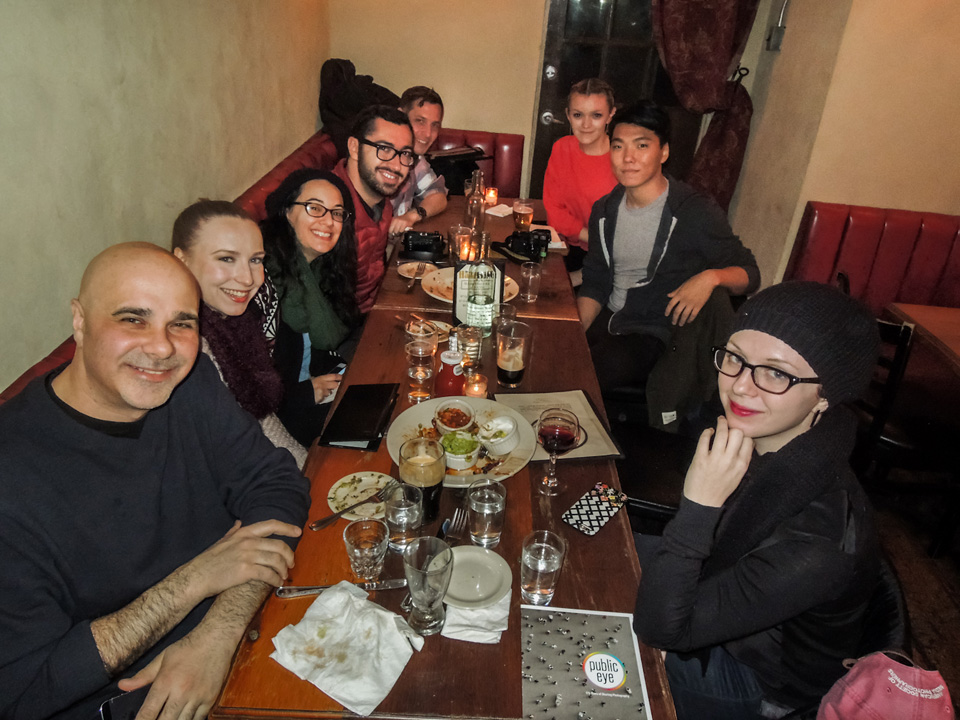